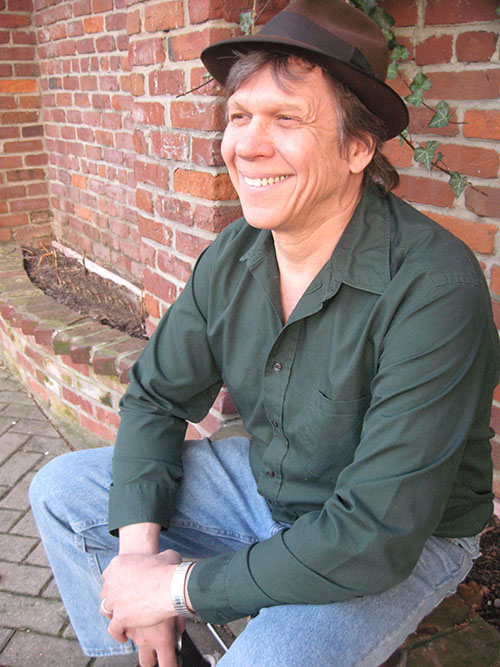 Kevin Rees began studying guitar at the age of fourteen. After years of teaching and playing locally in his hometown of Indianapolis, Kevin toured the U.S. backing national groups in large and small venues across the country. Settling in Louisville in 1983, he began focusing on a more personal style and earned a reputation as a versatile and accomplished performer combining elements of blues, rock, jazz and country music.

He has performed on televison and radio in the U.S., England, Canada and Japan and with blues singer Tanita Gaines on the KET Jubilee series as well as with The Platters, The Crystals and The Impessions.

Today Kevin performs solo as well as in groups. His performances are an eclectic blend of expressive musicianship and humor. Switching from acoustic to electric, he shifts easily between chord melody playing and single line electric soloing. Inspired by the styles of his idols, Kevin re-invents the music every night with a unique sense of taste and style. A master of music trivia, he sometimes introduces songs with a humorous monologue giving insights into the songs influences and origins.

Performing at these fine establishments:

at your next event call

or use the email button below